From Kim Jee Woon, the director of The Good, The Bad, The Weird and A Tale of Two Sisters, comes the stylish, ultraviolent gangster flick, A Bittersweet Life! Lee Byung Hun (Joint Security Area) stars as Sun Woo, a unique character with a curious lifestyle – he’s not only a valued gang member and the proprietor of a hotel bar, but also the right-hand man to the powerful gang leader, Mr. Kang (Kim Young Chul). When Kang suspects that his beautiful young mistress Hee Soo (Shin Min Ah, Volcano High) might be messing around with another man, he enlists Sun Woo’s help to resolve the matter, commanding him to follow her around to see what information he can dig up. Sun Woo’s orders are explicit: if he catches Hee Soo cheating, he is to execute her – no ifs ands or buts about it. However, when Sun Woo spies Hee Soo with her boyfriend, he makes a stunning decision, one that will have major consequences for all involved!

Sun-woo (Lee Byung-hun) is a gangland enforcer in the employ of Mr Kang (Kim Yeong-cheol). Mr Kang, before departing on a trip, asks Sun-woo to keep an eye on his girlfriend Yoon Hee-soo (Shin Min-ah) who due to the age difference suspects may be having an affair. Should this be the case then Sun-woo is left with no uncertainty as to what would be expected of him. Sun-Woo comes into conflict with Baek Dae-sik, a rival gang member after an altercation with some henchmen in a nightclub. Sun-woo follows Hee-soo and discovers her at her apartment with her lover. In a moment of uncharacteristic kindness, he allows them both to live provided they never see each other again. This leads to a chain of events that will ultimately result in betrayal and bloodshed.

Since Kim Jee-Woon’s earlier film “A Tale of Two Sisters” there is a real depth to his mise-en-scene, from the elaborate nightclubs to Sun-Woo’s sparse apartment littered with cardboard boxes that add to the feeling that here is a man merely existing through life.

During the opening scenes of Sun-Woo following Hee-soo, he is seen observing through windows, or from the outside as if he were an outsider looking on. This sense of detachment is further reinforced when, after letting Hee-soo g,o he talks about how easy it is to forget memories. Here we have a man who has clearly repressed his own life and his burgeoning attraction to Hee-soo is presented as almost childlike in it’s naivety. The fate of his character is almost preordained with the impossibility of the romance clear from the outset. Sun-woo is almost unable to explain his own actions but unable to return to whom he was before, effectively sealing his own fate.

The film is slickly directed and very stylized. There is no pretense that this movie is set in reality and instead exists within its own cinematic universe. The action sequences are clearly shown and in tune to Sun-woo’s emotional state. During the opening sequences, his moves are crisp and swift. In contrast, during his escape from his captors later in the movie, there is a more desperate edge to the fighting. The camerawork is showy and flashy but never to the detriment of the story and features a final shoot-out that is reminiscent of  Hong Kong’s “Heroic Bloodshed” genre.

The elements of film noir are in place but played with. The professional that makes one mistake that leads to their downfall and the femme fatale that is the catalyst. Hee-soo is never truly that though as Sun-woo and Mr. Kang’s mutual destruction is over a woman that neither are really in love with. A streak of black comedy runs through the movie also. A highlight being the tied up Sun-woo trying to attract the attention of the cleaner mopping up a pool of his own blood.

Lee Byung-hun is excellent as a man finding himself at odds with himself and unable to understand his own actions. His final scenes are powerful as he seeks to rid himself of his “bad memories” in the only way he knows how. Opposed to him are a suitably loathsome Hwang Jung-min and Kim Yeong-cheol as a man ultimately doomed by a desire for a woman that he doesn’t understand. Shin Min-ah as the cause of the mayhem is a sympathetic character in her few scenes as a woman that just wants to live her own life and not be controlled. 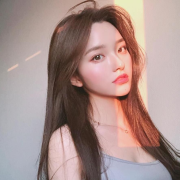